Cost of Internet Data To Increase By 100% In Nigeria 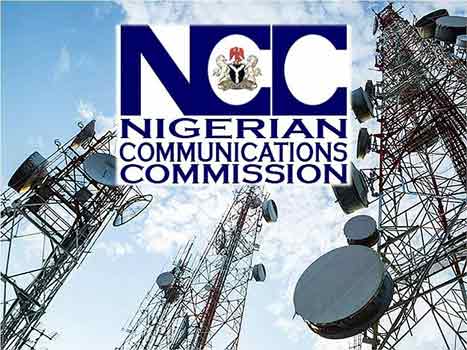 The Federal Government of Nigeria through the Nigerian Communications Commission, NCC, has jacked up the cost of data for internet services by 100% effective December 1, 2016.

An internet subscriber who would ordinarily pay N1000 for 500 megabytes of data will now have to pay N 2,000 for the same data plan.

Service providers like MTN Nigeria have been sending text messages to their subscribers notify them of their intention to raise the rates by December 1 to, according to them, “reflect the new rates set by the NCC for operators.”

NCC justifies the increase by arguing that the telecoms sector’s contribution to the Gross Domestic Product of Nigeria in the third quarter of 2016 showed a sharp drop. It cites the figures from the National Bureau of Statistics which shows that the sector’s contribution decreased by about 1.8% in the 3rd Quarter compared to what it was in the 2nd Quarter (from N 1.59 trillion added to GDP in 2nd Quarter to N 1. 39 trillion in 3rd Quarter).

President of the Association of Telecommunications Companies of Nigeria (ATCON), Mr. Olushola Teniola explains that operators were facing very hard times. According to him: “Members of the association were finding it difficult to access foreign exchange. The operators are not having access to forex. The economy is seriously challenged. We are in deep recession and I pray we don’t enter into an era of depression.” Teniola’s submission is that Nigeria must do whatever it takes to save the industry from collapse.

However, the generality of Nigerians, including workers, appear to be unhappy with the development. Some even believe that it is all a ploy by the Federal government to stop people from criticizing it through the social media.

Jerry Obioma, a supermarket operator says: “I will not buy data at the new rate. That is my own resolution. I will advise people that instead of putting themselves through unnecessary hardship, they should just forget about the internet and move on with their lives.”

President of Trade Union Congress, Comrade Bobboi Kaigama had this to say: “Data is one of the cheapest ways to empower the teeming youths. This move, if allowed, will make it unaffordable. Any call for increase in anything for now is most unreasonable, uncalled for and a calculated attempt to record more suicide cases and insecurity in our already tension – soaked country.”