Nigerian Becomes First African To Fly Around The World Alone 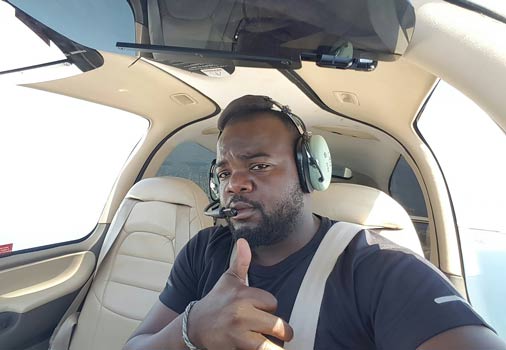 A Nigerian pilot who works for Air Djibouti, Ademola Odujinrin has become the first African to fly solo around the world.

In a statement released by Odujinrin’s foundation, Transcend, the 38-year-old left Washington in September last year in a Cirrus SR22 and stopped over in more than 15 countries .

He landed at his starting point at Duller Airport just outside the American Capital on March 29.