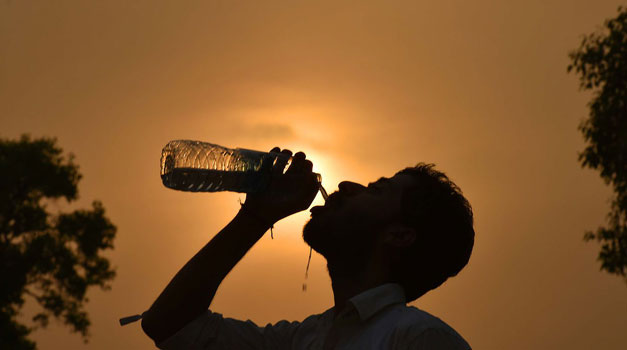 The United Kingdom may experience the hottest June day in over 40 years as the heat wave which has enveloped the country for a couple of days is expected to tighten its grip for the fifth day.

The UK Met office said today will make it the fifth consecutive day that temperatures have topped 30°C (86F) in the country and it forecasts a high of 34°C in West London which would make it the hottest June day since the 35.60°C (96F) recorded on June 28, 1976 in Southampton.

The National Health Service and Met office have advised children, the elderly and those with medical conditions to keep cool and hydrated throughout the period of the heat wave, last experienced from June 26 to June 30, 1995.

Meanwhile, four people have reportedly died from the record-breaking heat in southwestern USA where high temperatures have driven residents indoors and forced airlines to cancel their flights.

Officials say an 87-year-old woman and a 72-year-old man died on Monday in San Jose, California where the temperatures which reached 34°C were caused by a high-pressure system parked over the region.

Police also say the temperatures which had risen to 37.8°C were also responsible for the deaths of a 57-year-old man and his 21-year-old son whose bodies were discovered this week in the Carlsbad Caverns National Park in New Mexico where they were hiking.