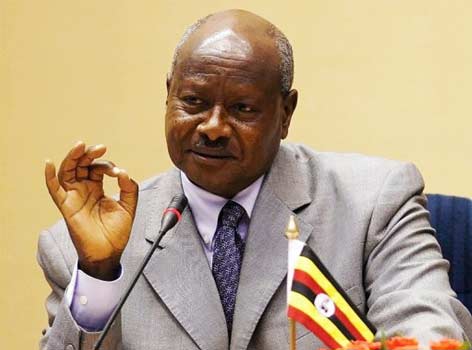 One of Africa’s longest serving presidents, Uganda’s Yoweri Museveni has stated that being a president for a long time is not a bad thing as it has made him gain more experience.

The 72-year-old leader spoke during an over three- hour-long state of the nation address in the country’s parliament. “Being president for a very long time is not a bag thing. That is why I’m experienced…Even if you woke me up at night, I will tell you what is happening,” he said amidst rants from the opposition.

“If you want to be a leader, you should avoid prejudice because prejudice can make you live with envy; you will end up getting high blood pressure,” he added.

Museveni, who has been in power for more than 30 years, believes it would be foolish for him to quit running for the country’s presidency when he is just beginning to reap the fruits of the seeds he planted in the country years ago.

He has  been under severe criticism for not taking a stronger stance against corruption. However, he recently responded to that by lashing out at state agencies including the police for not tackling the menace within their ranks.