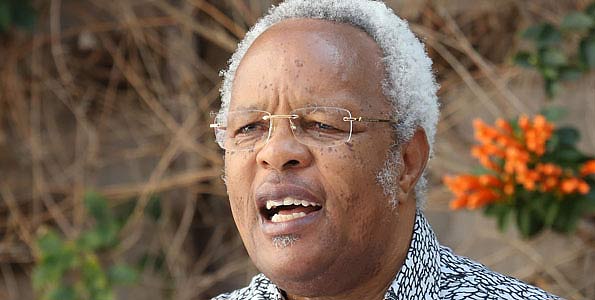 Former Prime Minister of Tanzania, Edward Lowassa was on Tuesday detained by the police over a speech he made to Muslim clerics last week.

According to Lowassa’s lawyer, Peter Kibalata, he was summoned on Monday to the Police headquarters where he spent four hours under interrogation and later released on bail over a speech which was deemed inflammatory by the police.

“Mr. Lowassa has been questioned on what police describe as inflammatory statement. He has lodged a cautionary statement and he will be required to report at the police headquarters next Thursday,” Kiblata was quoted by a local media as saying.

Addressing the media shortly after his release, the former prime minister who lost to incumbent President John Magufuli in the country’s 2015 presidential elections, said the police had the right to unearth the truth in any speech they find suspicious.

“Police have the right to establish the truth about anything they are suspicious of. I used the platform to give my views and the media should evaluate what I said and judge whether the remarks were seditious,” Lowassa said.

The Secretary-General of Lowassa’s Chadema Party, Vincent Mashinji said Lowassa’s speech which was delivered at the Iftar event organized by a member of parliament at the end of the daily fast last weekend, was basically about governance and human rights.

“He was speaking about good governance and human rights. Saying that there are people who have been detained for four years without trial is not sedition, it’s a fact,” Mashinji stressed.

Earlier this year, Lowassa and his party officials were arrested and briefly detained by the police for allegedly holding an illegal meeting in Geita, north west of the country where they campaigning for their member in a civic by-election.