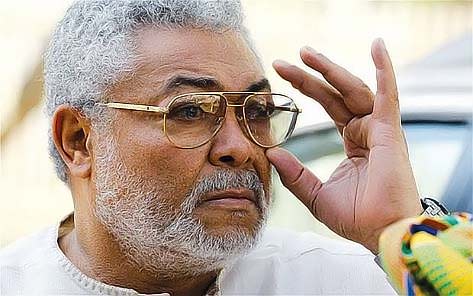 A former President of Ghana, John Jerry Rawlings has expressed his disappointment and sadness over the corruption ratings of Nigeria and Ghana as released by Transparency International.

Rawlings stated his displeasure with the ratings at the 12th annual lecture of the Ekiti State Branch of the University of Ibadan Alumni Association.

In a statement released by the association, he was quoted as saying that the development showed that the governments in both countries have failed in their so-called fight against the societal menace of corruption .

“Some leaders have the will but not the character to fight corruption. The fight against corruption in Nigeria calls for integrity and wise approach so that it will not conflict with the lives of the people. When Nigeria fights corruption rightly, it will not only do well for Nigeria but Africa and the world generally,” Rawlings said.

He added that with Nigeria’s huge population percentage in Africa, its people needed to elect a leader with the much-needed integrity and zeal to curb ethnic wars and enthrone peaceful co-existence.