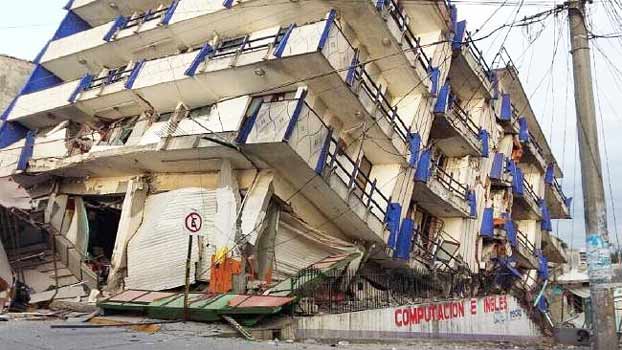 At least 32 persons were reportedly killed after an earthquake struck off the Pacific Coast of Mexico late Thursday.

The 8.2 magnitude quake, described as the most powerful to hit the country in almost a century, leveled some areas in the southern part of the country closest to where it occurred.

In Mexico City, the country’s capital, the force of the tremor sent residents in the mega city fleeing into the streets at midnight as walls collapsed and buildings caved in.

While Mexico City seemed to have been spared from extensive infrastructure damages, the destructive effect of the quake in the southern states of Chiapas and Oaxaca were very severe.

Oaxaca governor, Alejandro Murat told local media that at least 23 people had died in the state and many residents buried under the rubble of collapsed buildings.

Addressing the country two hours after the incident which also killed two persons in neighbouring Guatemala, President Enrique Pena Nieto said: “We are assessing the damage which will probably take hours, if not days. But the population is safe over all. There should not be a major sense of panic.”

In 1985, Mexico, a country that is situated near several boundaries where portions of the earth’s crust collide, lost over 10,000 people in a quake that was even less powerful than Thursday’s.