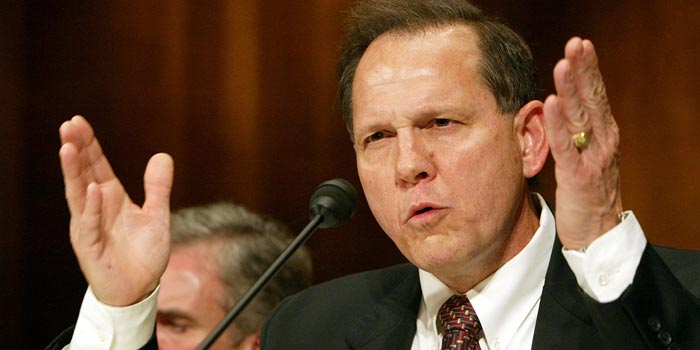 The election upset which is likely to unsettle the Republican National Committee, GOP, saw Moore edge Sen. Strange to get the nomination for the seat previously occupied by incumbent Attorney General of the United States, Jeff Sessions.

In his post – election speech, Moore who will face Doug Jones of the Democratic Party in a December 12 special election told the crowd at his post-election party that it was time to return the knowledge of God to the United States Congress.

Moore was twice elected Chief Justice of the Alabama Supreme Court and twice removed from those duties. In 2003, he was removed from office for disobeying a Federal judge’s order to remove a Ten Commandments monument from the state’s Courthouse lobby.

Last year, he was permanently suspended after a disciplinary panel ruled that he had urged probate judges to defy Federal Court decisions on gay marriage and denying wedding licenses to same – sex couples.