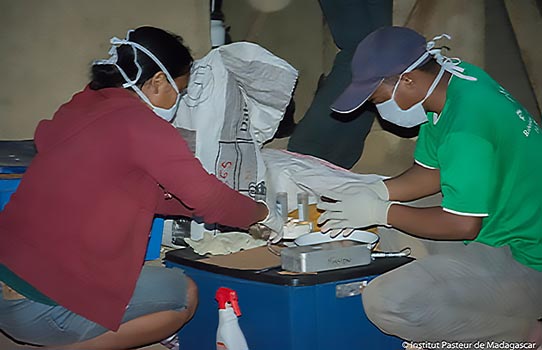 At least 45 persons have reportedly died from the outbreak of a bubonic plague with more than 343 other people infected since it broke out in August.

Health officials are struggling to contain the deadly outbreak which is spread through flea bites and contact with body fluids of infected persons.

According to the World Health Organization (WHO), cases of the plague typically begin between September and April but the current outbreak is reported to have started earlier and had struck major cities in the country including Antananarivo and Toamasina.

A majority of the confirmed illnesses are said to include cases of the Pneumonic plague which can be transmitted through the air when an infected person coughs and could lead to death if unattended .

Although the country has received almost 1.2million doses of antibiotics and $1.5million in emergency funds to fight the plague, the disease has forced authorities in the country to order the closure of universities and place a ban on jail visits to curb  further spread of it.