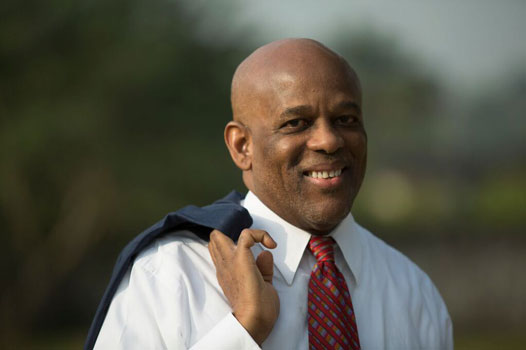 Liberia’s Supreme Court has suspended next week’s presidential run-off elections until it considers allegations of fraud made by an opposition candidate challenging the results of the October 10 polls.

Charles Walker Brumskine of the Liberty Party (LP) who finished as second runner-up is contesting the results of last month’s elections which set off a November 7 run-off between former soccer star, George Opong Weah and Vice President Joseph Boakai.

In a writ issued late Tuesday, the court instructed the Liberty Party and the National Elections Commission (NEC) to file briefs by Thursday although it remained uncertain whether the court would deliver its ruling before the date slated for the re-run.

“This is a big step in the right direction. Thankfully, the Court recognizes the gravity of the issues and has taken action in defense of the law and democracy,” Benjamin Sanvee, the Chairman of the Liberty Party said.

Earlier this week, Boaki’s ruling Unity Party announced it was President Ellen Johnson Sirleaf, the party’s leader herself who was interfering with the scheduled October 10 polls by holding private meetings with election magistrates.

Morluba Morlu, a senior official from Weah’s CDC Party however expressed optimism that the run off would go on next week as scheduled as victory is sure for Weah who has been endorsed by erstwhile warlord, Prince Johnson who won 8 percent of the votes on October 10.

Morhi said: “It is sad for a ruling party that has been in power for 12 years to be crying. We don’t want any mockery of this election.”