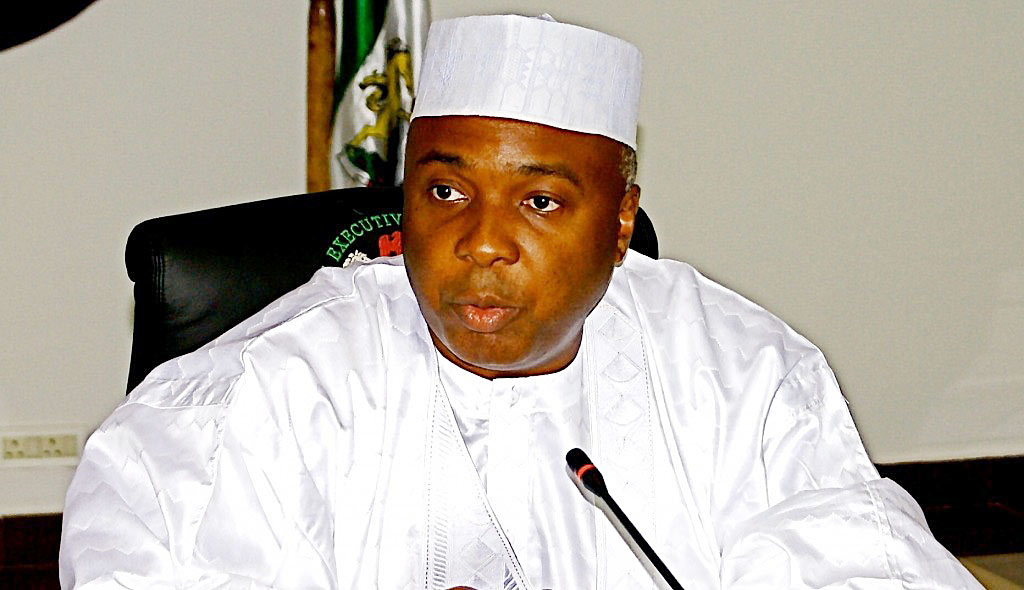 The Nigerian Senate on Tuesday observed that the 2018 appropriation bill submitted to them by President Muhammadu Buhari was heavily padded, inconsistent and full of inaccuracies.

Senate President, Bukola Saraki who made the shocking revelation during plenary called on the executive arm of the government to wake up to its responsibilities, warning that disaster looms if the 2017 budget was not rolled over to 2018.

He noted the various submissions of other lawmakers on the discoveries of poor budget implementation in 2017 and discrepancies in the claims by Ministries, Departments and Agencies (MDAs) of the Federal Government during the budget defence sessions.

“Truly, it is very disheartening and disappointing because we know how much we have put into the budget process. By now, 2017 budget should have been implemented by up to between 40 and 60 percent, but this has not been the case.

“This makes it very difficult for us, we cannot turn into magicians. I continue to appeal that you work within what you have and let us do our best to ensure that we pass a budget that is in the interest of Nigerians,” Saraki said.

He added: “The executive on their own part should sit up and not just make rhetoric, but get down to work. If 2017 budget items are not rolled over to 2018, that is a disaster. Let the executives show some seriousness towards the budget exercise.”

In their submissions, the Deputy Senate Leader, Senator Bala Ibn Na’Allah had queried the submissions brought forward by the MDAs and argued that the pronouncements made by the President and his aides on the execution of the budget were not corroborating the submissions made by the heads of the MDAs.

While Senator Dino Melaye described the 2018 budget as a proposal garnished with deception, Senator Barnabas Gemade said the consideration of the budget must be suspended and its lifespan extended till the end of March, 2018.