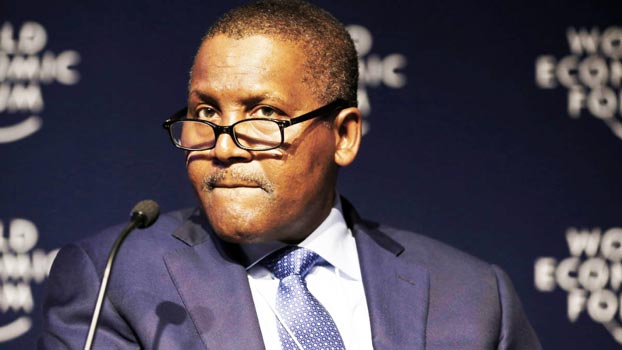 There seems to be no end in sight in the ongoing fight between the managements of Dangote Group and BUA Group of Companies over mining rights in Edo State.

The management of Dangote Industries Limited has yet again accused BUA of being dubious in claiming to be the rightful owners of Mining Lease No 2541 and laying false allegations against the company.

The two multi-billion naira companies had on Wednesday agreed to wait for the judicial outcome of the tussle rather than resort to using influence and government agencies to disrupt operations at the disputed mining sites.

They however resumed the media altercations on Thursday, throwing tirades, accusations and counter-accusations at each other.

In a statement made available to journalists, Dangote Group said its reaction was warranted as a result of its status as a publicly quoted company and to re-assure its shareholders, the regulators and members of the public that the company was, and still remained a responsible corporate citizen.

Faulting BUA’s claim that the Group was trying to monopolize the cement business in the country, Dangote said BUA has willfully, deliberately and mischievously concealed the fact that it has at least 12 Mining/Quarry Leases within and around the area in question as opposed to the site covered by the Mining Lease No 2541, which the Federal Government has ordered  closed over the crisis.

“It is misleading for BUA to falsely accuse Dangote of undermining its operations and attempting to create a monopoly in the cement industry in Nigeria, as we have always co-existed peacefully with other competitors in Obajana and Ibese,” the statement read in part.

On the other hand, BUA Group, owned by Alhaji Abdulsamad Rabiu said it was disturbed by Dangote Group’s penchant for seeking to further its cycle of misinformation over the dispute through falsehood.

“It is also instinctive to state that Dangote has, on several occasions, attempted to obtain injunctive reliefs from the Federal High Court, Benin, Edo State, in the course of pending litigation, but the court declined making such injunctive orders because whilst Dangote claims right to Mining Lease 2541 located in Okene, Kogi State, BUA claims right to leases 18912 and 18913 in Obu, Okpella, Edo State,” BUA said in the statement.”

The statement added: “Dangote has now resorted to using other means to achieve what it could not legally achieve in a course of proceeding before a court of competent jurisdiction.”