Fear Of Restructuring Responsible For North’s Desperation For Oil – Ekweremadu 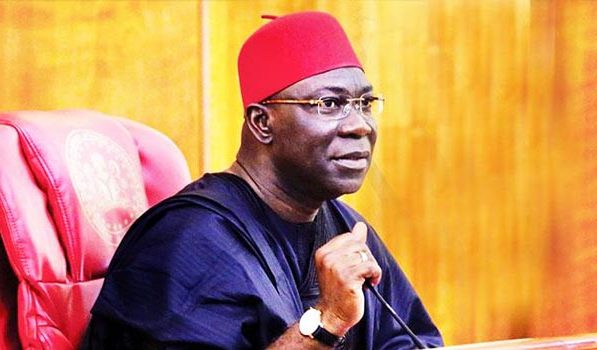 Nigeria’s Deputy Senate President, Ike Ekweremadu has said that the northern part of the country was desperately searching for oil because of its fear of restructuring.

Ekweremadu who made the statement while presenting a paper on “Restructuring and the Nigerian Youth” at the University of Nigeria, Nsukka over the weekend said the north had no reason to be afraid of restructuring as crude oil was fast losing its commercial and economic value.

His words: “I have also noticed a desperate search for oil in the Lake Chad, Sokoto and Benue River basins in recent times, obviously spurred by the campaign for restructuring.

“But it is an unfounded fear. The days of oil are numbered. It is the least strategic wealth we have now. Many countries have found oil in large quantities, including those that used to patronize us for oil. Importantly, many nations are already phasing out petrol and diesel engines.

“Some are afraid of survival under fiscal federalism. They feel they are better off with free monies from Abuja, which could actually be a pittance compared to what they could generate if they begin to access the bountiful wealth buried in their soils.

He added that the Norwegian government has finalized plans to ensure that zero fossil fuel cars were not sold in the country by 2025 while the Netherlands was already targeting an emission – free environment by 2030 which automatically rules out petrol and diesel – powered cars.

He therefore urged Nigerian youth to imbibe the spirit of patriotism with the mindset to fix the broken federal system and enable them prevent the problems currently bedeviling the nation  from being passed on to the future generations.