Ikoyigate Culprits Will Be Punished – Buhari 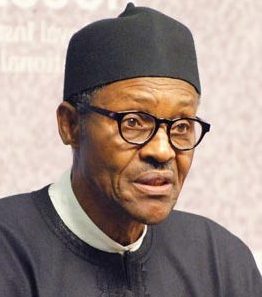 President Muhammadu Buhari has said that all persons found culpable in the $43.4million cash found by operatives of the Economic and Financial Crimes Commission (EFCC) at the Osborne Towers in Ikoyi, Lagos State, would be punished.

In a statement released by his Special Adviser on Media and Publicity, Femi Adesina, President Buhari disclosed this when he received the report of the committee set up to review the Nigerian Intelligence Agency’s operational, technical and administrative structure.

While describing the discovery of monies at Apartment 7 of the Osborne Towers as an unfortunate incident which rightly aroused public interest and outcry, the President said justice must be done in accordance with the anti-corruption policies of his administration.

“All the circumstances surrounding the obtaining, the keeping in custody and disbursement of the funds have been examined by the Vice President’s committee and all those found to be culpable will be made to account and appropriately sanctioned.

He added  that the punishment to be meted out to persons indicted by the report must be done in a secret manner such that it would not jeopardize national security or expose the operations of any intelligence agency in the country.

He commended the Presidential Review Panel on NIA headed by a former Minister of Foreign Affairs, Babagana Kingibe for completing their assignment expeditiously and expressed optimism that the panel’s recommendations and that of an earlier committee led by Vice President Yemi Osinbajo would help the Federal Government improve the operations and performance of the nation’s security outfits.

President Buhari had in October sacked the former Director General of the Nigerian Intelligence Agency (NIA), Ambassador Ayo Oke and fired the then Secretary to the Government of the Federation (SGF), Babachir David Lawal for awarding a ₦200 million grass – cutting contract to Global Vision Limited, a company in which he had interest under the Presidential Initiative on the North East (PINE).