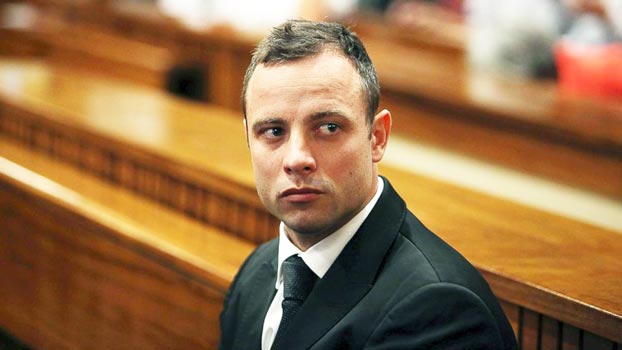 Former South African Paralympics world champion, Oscar Pistorius on Monday approached a Constitutional Court in Johannesburg to appeal the 13-year sentence handed down to him for murder.

Last month, the Supreme Court of Appeal (SCA) in Bloemfontein upturned the verdict of Judge Thokozile Masipe of the North Gauteng High Court which initially sentenced Pistorius to five years for culpable homicide.

The NSA said Pistorius should have been sentenced to 15 years, but took into account the time he had already served in prison for the 2013 murder of his girlfriend, Reeva Steenkamp.

The world -renowned athlete was arrested on Valentine’s Day in 2013, the day of the killing after he fired four gunshots through a bathroom door, claiming he believed there was an intruder there.

Pistorius served only 10 months of the five-year sentence in prison before he was released and placed under house arrest, an action which prompted the State to appeal the culpable homicide conviction, arguing that the sentence was shockingly lenient.

The State applied to have Pistorius’s initial six-year sentence increased. Consequently, his conviction was later replaced with murder by the CSA in 2016.