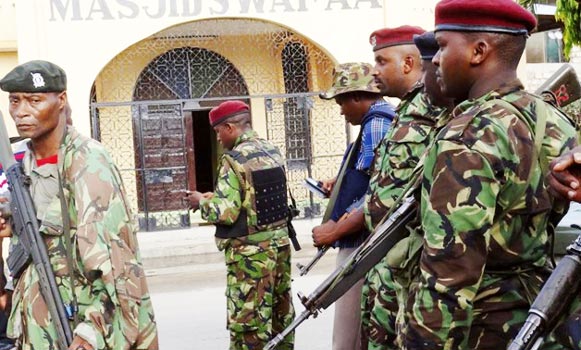 The Kenyan Police on Tuesday raided an Islamic school, arrested two teachers and took around 100 children into protective custody in what they said was a counter-terrorism operation involving foreign law enforcement agencies.

Police authorities reportedly described the Islamic school located in Likoni, south of the port city of Mombasa as a centre for indoctrinating young men and children with militant ideologies.

The six-year-old institution teaches Qu’ran memorization and recitation to Muslims at elementary level. The pupils are later introduced to other Islamic subjects like jurisprudence or Hadith and Eeera, the biography of Prophet Mohammed.

A local Muslim leader and an official in the Council of Imams and Preachers of Kenya (CIPK), Sheikh Hassan Omar while confirming the incident told journalists in Mombasa that there was no evidence of illegal activities within the school.

“A group of local and foreign police officers raided the Madrasa (Islamic school) where the pupils were sleeping and took them with their teachers,” Sheikh Omar said.

“There are nearly 100 pupils and four Madrasa teachers who have been arrested and detained at police headquarters and nobody is telling us what crime they have committed,” he added.

Relatively free from religious tension, Kenya which is predominately a Christian country with a large Islamic population, has repeatedly suffered deadly attacks from Somali Islamist extremists.