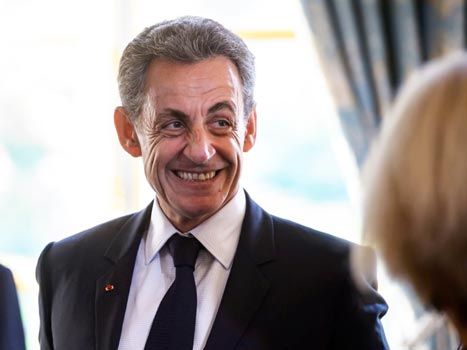 Former French President, Nicolas Sarkozy has been taken into police custody for questioning over allegations that he received campaign funding from the late Libyan dictator, Muammar Gaddafi.

Reports say Sarkozy, a centre-right politician who failed to return to power in 2012 is being questioned in Nanterre, a suburb in western Paris over irregularities in the financing of his 2007 presidential campaign.

Sarkozy had denied any wrong doing when he was previously questioned as part of the probe which commenced in 2013. He is alleged to have benefitted from illicit funds doled out by Gaddafi while he was in power.

One of Sarkozy’s former ministers and a close ally, Brice Hortefeux who is fighting extradition to France after being arrested in London in January on suspicion of money laundering was also questioned on Tuesday.

A French-Lebanese businessman, Ziad Takieddine and some former officials of the Gaddafi regime had in November 2016 told French authorities that Sarkozy’s campaign was funded by Gaddafi, warranting the arrest which the media say is the first time that he had been detained over the Libya allegations.

Takieddine claimed that in 2006-2007, he had handed over three suitcases stuffed with 200 to 500 Euro notes to Sarkozy and Claude Gueant, his then Chief of Staff and presidential campaign manager.

Takieddine had further alleged that the cash which totalled €5 million ($6.2million) was donated by the late Libyan leader under an arrangement that was not disclosed to him.