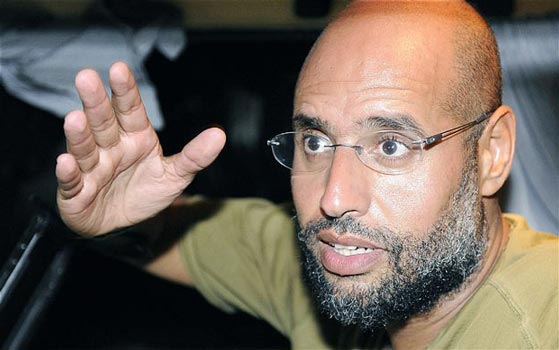 Saif al-Islam also alluded to the evidence he provided to European media channel, Euronews in Tripoli in 2011 and lamented that it had taken the French judicial system almost seven years to act on the issue.

French authorities had on Tuesday told journalists that Sarkozy was being held in police custody for questioning by magistrates looking into allegations of Libyan funding for his 2007 presidential campaigns.

Speaking to Africanews on Tuesday, Saif al-Islam revealed that there were several witnesses willing to testify against the ex-president, including Abdallah Snoussi, the former Director of the Libyan Intelligence Service and Bashir Saleh Bashir, the former CEO of Libya Investment Company.

According to Saif al-Islam, Snoussi had a recording of the first meeting between his father and Sarkozy which was held in Tripoli, the country’s capital prior to the 2007 presidential campaigns in France.

He added that he too could testify having witnessed the first delivery of the first batch of the money that was handed over to Sarkozy’s then Chief of Staff and campaign manager, Claude Guant in Tripoli.

Saif al-Islam went further to accuse Sarkozy of being a war criminal, responsible for the spread of terrorism and illegal immigration activities across Libya and across the Mediterranean.

While expressing his interest to contest the presidency in Libya, the 45-year-old Saif al-Islam urged the French President, Emmanuel Macron to right the wrongs perpetrated by his predecessor by prosecuting Sarkozy for the crimes he committed against Libya and humanity.