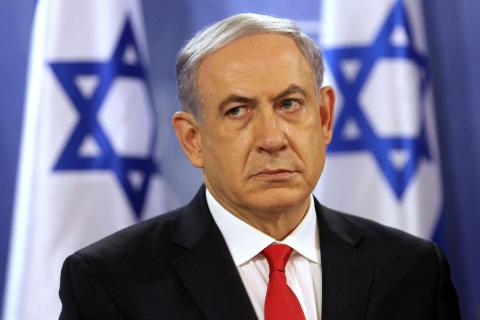 The Police authorities in Israel are questioning Prime Minister Benjamin Netanyahu as part of investigations into a corruption case involving the country’s telecommunications giant, Bezeg.

Media reports say Police were seen arriving Netanyahu’s residence on Monday morning even as indications emerged that Netanyahu’s wife, Sara and son, Yair, are also being questioned at another location.

Two of Netanyahu’s confidants had been arrested on suspicion of promoting regulations worth hundreds of millions of dollars to the Bezeg telecom company. In return, Bezeg’s news site, Walla allegedly provided Netanyahu with positive coverage.

This is the second time that Netanyahu, who held the country’s communications portfolio until last year, is being questioned over the affair. He has repeatedly denied any wrongdoing, dismissing the accusations as a media witch hunt.

The Israeli Police have also recommended indicting Netanyahu on corruption charges in two other separate cases.