Phoenix Woman Knocked Down And Killed By Self-Driving Uber Car 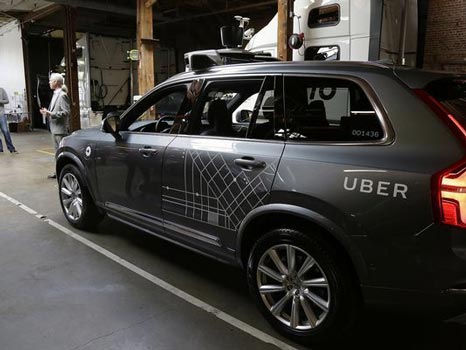 Police authorities in the city of Phoenix  in the United States say one of Uber’s self-driving vehicles has knocked down and killed a pedestrian woman while she was crossing the road.

They said 49-year-old Elaine Herzberg died of her injuries at a hospital after she was hit by the vehicle which was in autonomous mode with an operator behind the wheel while she was walking outside of a crosswalk in the town of Tempe on the outskirts of Phoenix on Sunday night.

Uber has been testing the self-driving vehicles in Tempe, Pittsburgh, San Francisco, Toronto and Phoenix for months as auto manufacturers and technology companies compete to be the first with the technology.

The Police authorities added that Uber was cooperating in the investigations and have been directed to discontinue the testing of its self-driving vehicles in the affected areas.

Uber Chief Executive Officer, Dara Khosrowshahi has expressed his condolences about the unfortunate incident on his Twitter account, adding that the company was working with local law enforcement agencies in their investigations.

While Volvo supplied the basic vehicle, Uber made engineering and software changes to the car in question. Both companies would be analyzing the accident data in the on-board computer along with the United States Department of Transportation.

The Tempe incident which is the first public pedestrian fatality in self-driving vehicles, could establish the first case for a law to regulate autonomous vehicles should the victim’s family press liability charges.