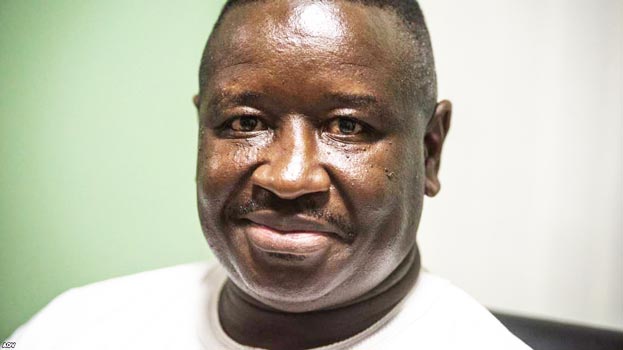 Julius Maado Bio, the opposition candidate of the Sierra Leone People’s Party (SLPP) was on Wednesday evening sworn in as President of Sierra Leone by the country’s Chief Justice hours after the National Electoral Commission (NEC) declared him winner of the March 31 presidential run-off.

The NEC announced that the former military head of state had garnered 51.81percent of the over 2.5 million votes cast in the run off as against a little over 48 percent secured by his opponent, Samura Kamara of the ruling All Peoples Congress (APC) and a former foreign affairs minister under President Ernest Bai Koroma.

The swearing in of Maado Bio and his vice, Dr. Mohammed Juldeh Jalloh by Chief Justice Abdulai Hamid Charm took place just before midnight at a hotel in Freetown, the country’s capital.

After signing his oath of office, the 53-year-old Maado Bio delivered a short speech in which he pledged to unite the country through disciplined leadership.

“This is the dawn of a new era. The people of this great nation have voted to take a new direction. We are honoured and privileged to serve the new government of Sierra Leone.

“We have only one country, Sierra Leone and we all are one people. My government will promote national unity, national cohesion and disciplined leadership,” Maado Bio said amidst cheers.

The new government faces an uphill task of rebuilding the impoverished West African nation’s economy which was hit by the world’s deadliest Ebola epidemic and a global slump in commodity prices.