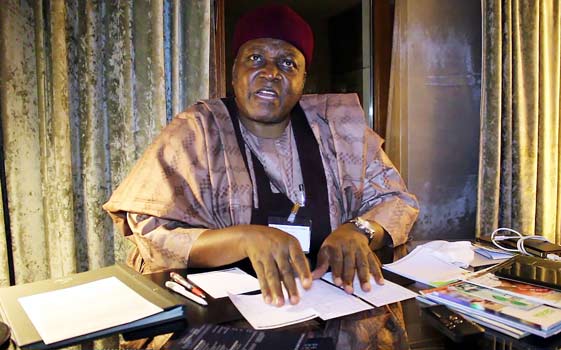 Taraba State Governor, Darius Dickson Ishaku on Tuesday called on the youths in the state to support his second term bid, promising to make them millionaires if he is re-elected in next year’s polls.

He made the pledge while speaking during his third year anniversary and Democracy Day celebration held at the Jolly Nyame Stadium in Jalingo, the state capital.

“I want you to go out during the election and re-elect us. I will empower you to be millionaires; you will be exporting milk and meat, you will be driving Mercedes Benz, instead of Keke NAPEP,” Ishaku said.

The governor said in 2015 when he came on board as governor of the state, there was a wailing army of unemployed youths that were doing nothing, adding that his administration had done well in the last three years by fulfilling most of its campaign promises.

“Today, over 3000 youths have been employed and thousands empowered through the Rescue Mission’s skills acquisition programme.

“Those empowered are now self-reliant and have become employers of labour. The story of one Aisha is a good example. She was empowered; she later employed a widow and five other persons and her business is still running.

“When you elected me in 2015, you did not know me well. Now, you know who Ishaku is; now, you know who DDI is, who Daram Dam Dam is, because of what I have done for you,” he added.

He said apart from tourism, he has achieved tremendously in all other sectors, including agriculture, education, health and infrastructure, adding that the Nigerian Medical Association gave him award because of the hospital he built in Wukari and the ongoing reconstruction of the hospitals in Bambur and Gembu.

He noted that there was no remarkable achievement in the state’s tourism sector, despite having the most potential, because of insecurity in the country and the fact that the Mambila Hydroelectric Dam project has not been completed.