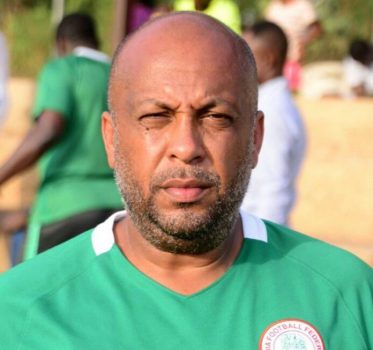 Paul Aigbogun, the coach of Nigeria’s Under 21 team, the Flying Eagles has been arrested by the London Police for public disturbance.

Aigbogun, who lives in North West London was arrested by the Police outside a woman’s house  last week on charges of domestic violence and being five times over the legal alcohol limit.

Report has it that the former coach of Nigeria Premier League (NPL) club, Warri Wolves has a family in North West London and visits them when he is not on national assignment.

It was gathered from some residents of the neighbourhood that Aigbogun usually goes around the house very late at night, drunk and banging on the door. He was alleged to have screamed her name for hours until she was forced to open up.

The Flying Eagles coach, who previously managed another NPL team, Enyimba has severally been criticized for being an alcoholic and abusive man who cannot be a role model to young players.