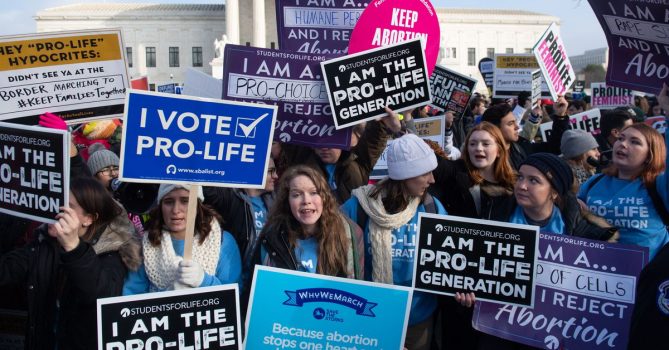 The Senate of the US state of Alabama on Tuesday passed a near-total ban on abortion, sending what would be the nation’s most stringent abortion law to the state’s Republican governor, Kay Ivey for assent.

The Republican-dominated Senate voted 25-6 for the bill which would make performing an abortion at any stage of pregnancy a felony punishable by up to 99 years or life in prison for the abortion provider, the only exception being when the woman’s health is at serious risk.

Senators also rejected an attempt to add an exception for rape and incest. The amendment move was mooted with with four Republicans joining Democrats but it was voted down by 21–11.

Mover of the the bill, Rep. Terri Collins said she expects Governor Ivey to sign the bill into law, arguing that exemptions to the law would weaken their hopes of creating a long term measure against abortion.

Supporters said the bill is designed to conflict with the United States Supreme Court’s landmark 1973 Roe versus Wade decision legalizing abortion nationally in the hope that it would spark a court case which might prompt the justices to revisit abortion rights.

Kentucky, Mississippi, Ohio and Georgia have approved bans on abortion once a fetal heartbeat is detected, which can occur in about the sixth week of pregnancy. In this case, there is no punishment for the woman receiving the abortion but the abortion provider.