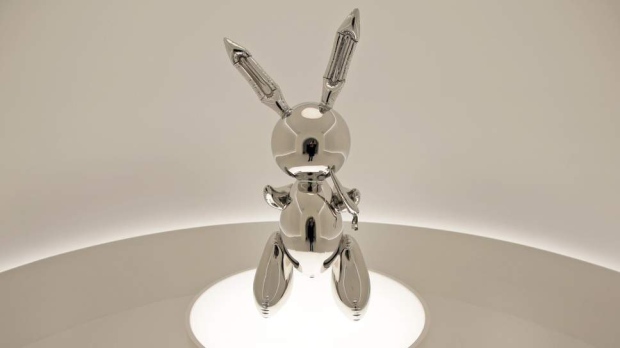 A sculpture by American artist, Jeff Koons sold for $91.1 million at an auction by Christie‘s in New York on Wednesday, a record price for a living artist.

The sculpture named ‘Rabbit’, a stainless steel casting of an inflatable rabbit was the star of the auction house’s spring sale. Its sale overtook the previous record set by British painter, David Hockney’s ‘Portrait of an Artist (Pool with Two Figures)’ which sold at Christie’s last November for $90.3 million.

It was a return to the top for Koons, whose ‘Balloon Dog (Orange)’ had earlier, for five years, held the record for highest price reached at an auction for a living artist after its sale for $58.4 million.

Although the selling price of ‘Rabbit’ was only $80 million, the final total rose to $91.075 million after commissions and fees were added.

In an unusual turn for an art auction at this price range, the buyer of ‘Rabbit’ which was created by Koons in 1986 was actually in the room during the sale.

‘Rabbit’ is among the best known works by the artist, who built a reputation for challenging art world conventions. He has also exhibited his larger-than-life creations worldwide, including a 2008 showing in France’s historic Chateau of Versailles.

The sale was also a new triumph for the 64-year-old Koons, who since his emergence in the 1980s has been the subject of endless conversation over his work’s commercial and artistic value.