Two Pilots Die In Yet Another Vietnam Military Plane Crash 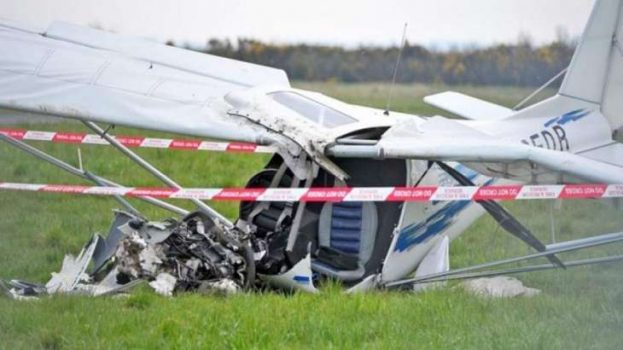 Two pilots have reportedly been killed after a Vietnamese military plane crashed during a training session on Friday.

Although Vietnam has a good civilian aviation record, airplane and helicopter crashes are regularly reported in the military which relies on an arsenal of imported equipment mostly from longtime ally, Russia.

A military official, Nguyen Ngoc Khue said the two pilots died when their Russian two-seater training aircraft, Yakovlev Yak-52 crashed near a mountain in central Khanh Hoa province, killing one of them instantly.

“One was found dead while the other one died on the way to hospital,” Khue, the head of the local community where the accident occurred said.

Khue said that the crash site has been blocked off for investigation, adding that photos in state media showed plumes of smoke billowing from the downed plane.

The Yak-52, which was designed to train civilian sport pilots and military pilots in the former Soviet Union took its first flight in 1976 in Russia and was later manufactured in Romania by Aerostar.

Friday’s crash follows several similar accidents in the communist country in recent years. In July 2018, two pilots were killed when training in central Nghe An province in a Russian-made Sukhoi Su-22 which belonged to Vietnam’s Air Defence Force.

Vietnam is seeking to modernize its military equipment by purchasing more equipment from partners beyond old Soviet ally, Russia, France, Germany and Israel.