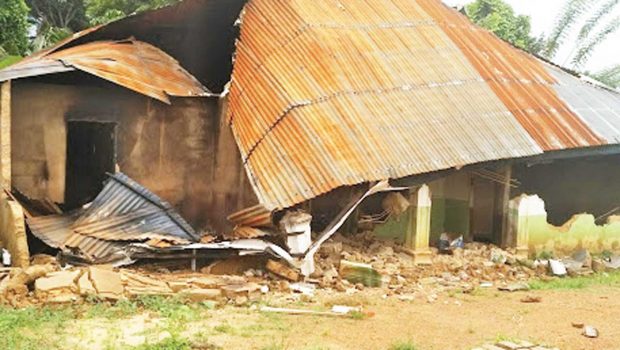 When the Administrative Panel of Enquiry visited the affected villages on Tuesday, not a single soul was left in the communities, revealing the extent of havoc wreaked by the clashes which he said was caused by land boundary disputes.

Many of the houses were either burnt or pulled down with some valuables like doors, roof coverings and windows carted away while the economic trees were cut down.

Chairman of the seven-man committee, Chief Victor Effiom Ekpo who led the fact-finding delegation condemned the wanton destruction of lives and property in the area.

He said: “The destruction is bizarre. The Primary Health Centre and schools have been burnt down, leaving over 1000 pupils out of school. Even the transformer was not spared.

“It is sad that brothers can go this far destroying lives and property. It is very sad and that is why the governor set up this committee for us to come and see things for ourselves and also sound a serious warning that today should be the end of fighting in Mbiabo Ebom Itiat ward and Eki council ward, else anyone caught will blame himself.”