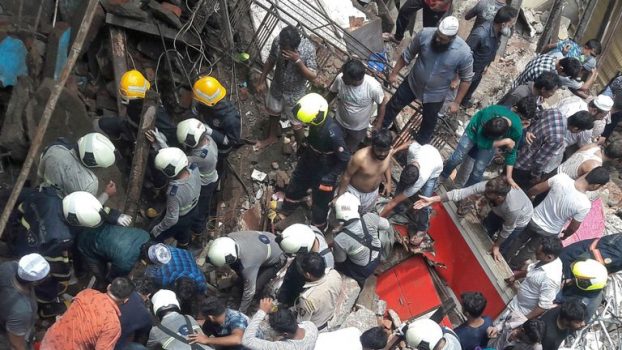 At least four people have been killed and more than 30 are feared trapped in the rubble of a four-storey residential building which collapsed in Mumbai, India’s financial capital.

Although a search is underway to try to save those caught up in the incident, the rescue operation is being hampered by the location of the building which is reportedly over 100 years old in an area with narrow streets.

“There are people trapped under the debris. Search and rescue operations are in progress. Adjacent buildings are in very dangerous condition and are vacated,” a fire officer said.

This is the second of such collapse around the Mumbai in less than 10 days after torrential rains which hit the city during the monsoon season have made older or badly constructed structures to become unstable.