Tornadoes And Hailstorms Kill Six, Injure Many Tourists In Greece 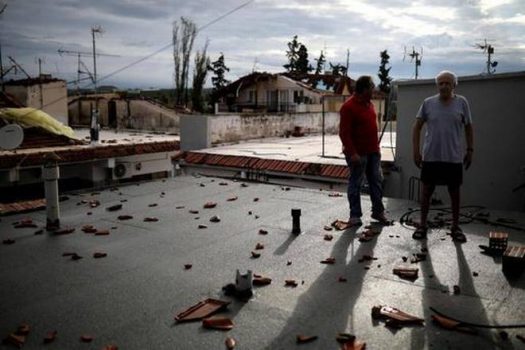 Tornadoes and violent hailstorms on Wednesday killed six tourists, including two children in Halkidiki, near the city of Thessaloniki in northern Greece.

“Six tourists were killed and at least 30 people were injured during this cyclone,” Charalambos Steriadis, Head of Civil Protection in northern Greece told reporters.

“It was an unprecedented phenomenon, very strong winds, tornadoes and violent hailstorms,” Steriadis disclosed, adding that Halkidiki had declared a state of emergency.

Police said a Czech couple died when strong winds blew their caravan away while a Russian man and his son were killed by a falling tree.

Debris from a building also killed a woman from Romania along with her child while a fisherman in his sixties has been declared missing.

At least 140 rescue workers were involved in the rescue operations to contain the havoc wreaked by the storms which came after temperatures in Greece soared to 37 degrees centigrade over the past two days.