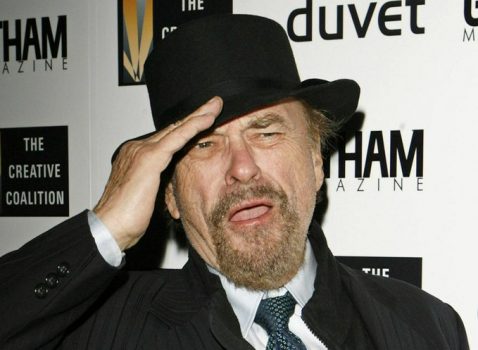 Rip Torn, a veteran actor who starred in several Hollywood movies including Men In Black and Dodgeball has died at the age of 88.

The award-winning television, film and theatre actor who played ‘Chief Zed’ alongside Will Smith and Tommy Lee Jones in Men In Black died at his home on Tuesday afternoon, with his wife and two daughters by his side.

Torn also gained fans in his role as quirky coach, Patches O’Houlihan in Dodgeball alongside Vince Vaughn and Ben Stiller.

His acting debut came in 1957 when he featured as a former prisoner of war who breaks down at a court-martial in Time Limit.

Torn’s career on stage and screen spanned seven decades and the free-spirited Texan won an Emmy Award late in his career for his role in The Larry Sanders Show.

In 1983, he was nominated for an Academy Award for best supporting actor following his role as Marsh Turner in Cross Creek. He also voiced the character of Greek god  Zeus in Disney’s 1997 animation, Hercules.

Born Elmore Rual Torn, the actor adopted the name, Rip as a child but faced endless ridicule during his early days as a stage actor. Urged to change his name by fellow drama students, he stubbornly refused and earned his stripes by delivering a series of powerful performances.

Torn’s other film credits include Critic’s Choice, The Cincinnati Kid and Defending Your Life. He also appeared in television dramas playing the likes of Richard Nixon, Lyndon B. Johnson and Walt Whitman.

In his later years, he had a recurring role in sitcom, 30 Rock and had a voice role in the 2007 animated film, Bee Movie.