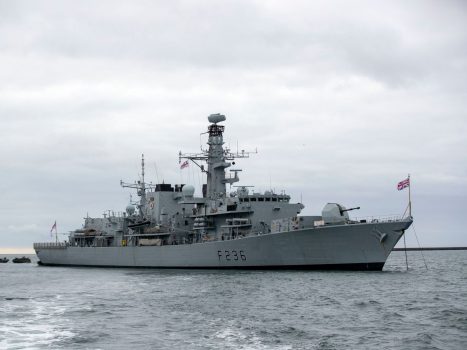 Iranian boats on Wednesday tried to impede a British oil tanker near the Strait of Hormuz before being driven off by a Royal Navy ship.

According to the British Ministry of Defence, HMS Montrose, a British frigate which was shadowing the tanker was forced to move in between the three boats and the tanker.

The boats believed to belong to Iran’s Islamic Revolution Guard Corps (IRGC) approached British Heritage and tried to bring it to a halt as it was moving out of the Gulf into the Strait of Hormuz.

Guns on HMS Montrose were then aimed on the Iranian boats before they were ordered to back off. The boats reportedly heeded the warning and no shots were fired.

Recall that the Iranian government had threatened to retaliate for the seizure of one of its own tankers but has denied any attempted seizure.

Iran also appears to have been attempting to make good on its threat against British-flagged vessels in the wake of the seizure of an Iranian tanker off Gibraltar.

Although this incident has a specifically bilateral dimension, it is also a powerful reminder that the tensions in the Gulf still persist.