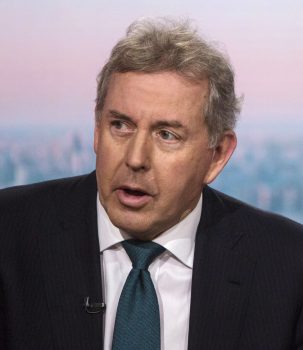 The British Ambassador to the United States, Sir Kim Darroch has resigned following the leak of confidential diplomatic cables in which he criticized President Donald Trump.

In a letter to Simon McDonald, head of the Foreign Office on Wednesday, Darroch said he wanted to put an end to speculatio about his position and remaining term as ambassador.

“Since the leak of official documents from this embassy, there has been a great deal of speculation surrounding my position and the duration of my remaining term as ambassador.

“I want to put an end to that speculation. The current situation is making it impossible for me to carry out my role as I would like.

“Although my posting is not due to end until the end of this year, I believe in the current circumstances the responsible course is to allow the appointment of a new ambassador,” the statement read.

In the cables leaked to the Daily Mail newspaper, Darroch described the US President’s administration as clumsy and inept, warning the UK government that Trump’s career could end in disgrace.

Trump had on Tuesday, through a series of tweets described him as a very ‘stupid, pompous fool’, adding that the US would no longer deal with him following the leaked cache of cables.

Whitehall sources say Sir Kim watched Conservative leadership front runner, Boris Johnson in the televised debate on Tuesday evening and saw that the next likely British Prime Minister was someone who ‘when the chips are down, was willing to throw civil servants under the bus’.

Darroch’s decision will also put pressure on Johnson, who was criticized by some Conservatives after the debate for refusing to give Darroch his support even as his rival, Jeremy Hunt said he expects the ambassador to stay in his post until his planned retirement.