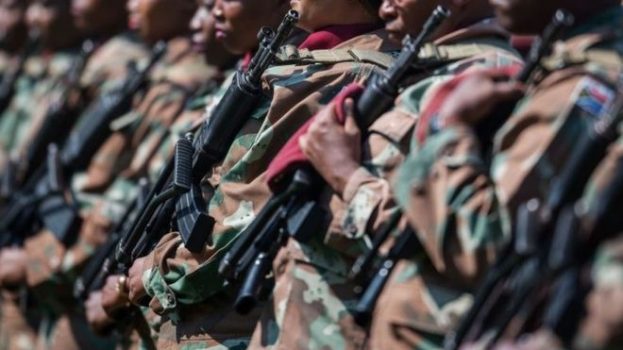 Authorities in South Africa have deployed the army to townships in the port city of Cape Town to deal with an upsurge  in gang violence.

The country’s Police Minister, Bheki Cele said the soldiers will collaborate with the police in an operation aimed at recovering illegal firearms and drugs. He added that the operation was meant to ‘stamp the authority of the state’.

Defending the military deployment, the Minister said the soldiers, who would be led and commanded by the police for a three-month period had also been used to provide security during the May elections.

At least 13 people were killed in 24 hours last weekend in one of the violence-hit parts of the city whose gang problems date back to many decades ago.

Local reports say the recent upsurge in violence is due to a turf war between rival gangs fuelled by retaliatory attacks. There is reportedly a heavy police presence in Bonteheuwel, Delft, Hanover Park and Philippi East townships.