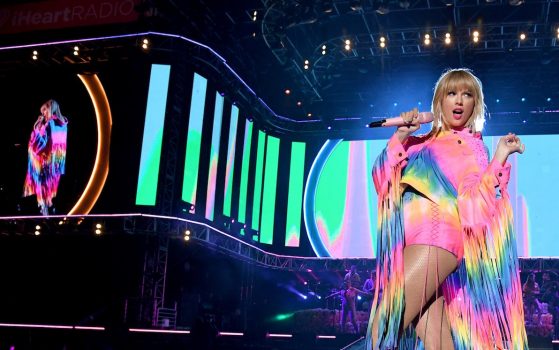 Singer Taylor Swift is topping the list of highest-paid celebrities in the world this year. According to Forbes, the Shake It Off singer netted a pretax income of $185 million since last June, her biggest earnings yet.

This is her second time of topping the list . The pop singer captured the number 1 spot in 2016 with $170 million while former number 1, Beyonce Knowles earned $81 million.

The second highest person on the list is also a woman, 21-year-old model and makeup mogul, Kylie Jenner who raked in $170 million.

Although Swift and Jenner top the list, only 16 women made it into the top 100. Other women on the list include author, JK Rowling with $92 million in number 13, with Beyoncé sitting in twentieth position with $81 million.

The top highest-paid male celebrity on the list is rapper Kanye West with $150 million in earnings in third spot overall. Argentinian footballer, Lionel Messi is in fourth spot with $127 million while English singer, Ed Sheeran is one spot behind with earnings of $110 million.

Two more footballers, Cristiano Ronaldo of Juventus with $109 million and Paris Saint-Germain’s Neymar with $105m ended up in sixth and seventh spots respectively.

American band, The Eagles made the top 10 in the eighth spot with $100 million in earnings. Dr. Phil McGraw of TV fame came in ninth with $95 million, with Mexican boxer, Canelo Alvarez in the tenth spot with $94 million.

The latest rankings show that seventeen celebrities are new on the list this year, with National Football League (NFL) players dominating and nearly a third from outside the United States.

This year’s list which Forbes says ranks the celebrities using their pretax earnings from June 1 before deducting fees for managers, lawyers and agents also includes six actors from the Marvel Universe, thanks to the success of Avengers: Endgame.