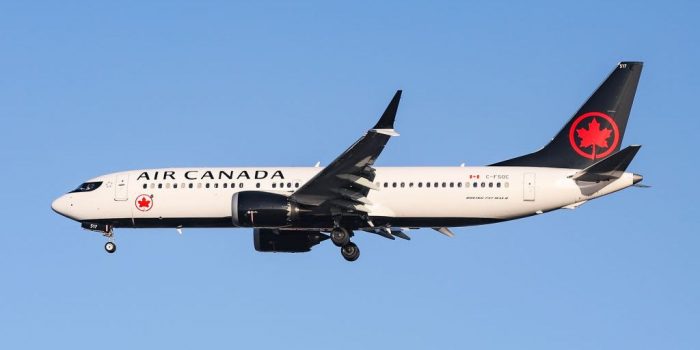 At least 37 persons were injured on board an Air Canada flight on Thursday after the plane hit severe turbulence and had to make an emergency landing in Hawaii.

The plane, which was carrying 284 passengers and crew was travelling from Vancouver to Sydney. Officials say thirty people were taken to hospital in Honolulu while nine others sustained severe injuries.

A statement from Air Canada said the Boeing 777-200 jet encountered sudden clear air turbulence two hours past Hawaii. Some passengers told reporters that the cabin was bloodied and dented as a result of passengers hitting the ceiling of the aircraft.

The statement disclosed that the plane landed in Hawaii at 06:46 local time on Thursday, adding that all of those injured had been assessed, treated and released by local hospitals.

The airline said all passengers from the flight had been accommodated in local hotels, with the flight planned to resume later today, Friday.

Photographs taken inside the aircraft showed that oxygen masks were released and service trolleys thrown over during the incident. An Instagram post from one passenger showed he and others wearing neck braces at the airport.

An Australian country band, Hurricane Fall were also on the flight at the time. The band said in a Facebook post that their vocalist had sustained injuries to his arm and elbow but had been released from hospital.

Clear air turbulence (CAT) occurs in otherwise calm, clear blue skies without any visual indication such as clouds. It happens when masses of air moving at different speeds meet but can not be identified by the naked eye or conventional radar.

Pilots use reports from other aircraft passed on via air traffic control to keep track of patches of CAT.