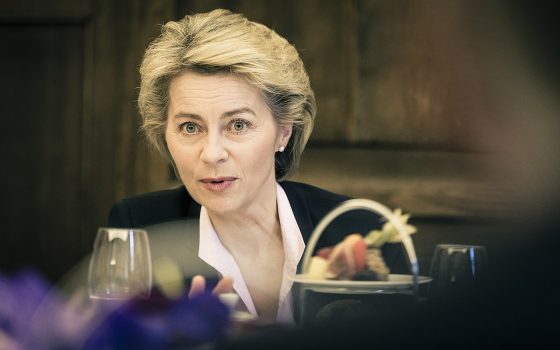 The new President of the European Commission, Ursula von der Leyen has issued an instant Brexit message shortly after being elected to replace Jean-Claude Juncker.

In a speech delivered on Tuesday, Ms Von der Leyen who becomes the first woman to take on the role said she would allow another Brexit extension beyond October 31 if there were good enough reasons.

“I think Brexit is not the end of something but it’s the beginning of a new relationship between the European Union and the United Kingdom. So we should be very careful how we deal with each other.

“And secondly it is very difficult to have Brexit. Therefore I said when there are good reasons, an extension might be possible because we should do everything not to have a hard Brexit,” she said.

The question of a no-deal Brexit has dominated the Tory leadership race, with both Boris Johnson and Jeremy Hunt declaring they would be prepared to take Britain out of the EU without an agreement if necessary.

Both contenders have insisted that they would reject a potentially key concession from Brussels on the Irish border backstop, a hardline approach which opponents say makes no deal more likely.

Ms Von der Leyen, the outgoing German Defence Minister was nominated by the bloc’s leaders to replace Mr. Juncker as part of an overall appointments deal between member states but still needed to be confirmed by an absolute majority.

She, a last-minute candidate for the position was confirmed in the role by a European Parliament vote of 383 to 327, with 22 abstentions.