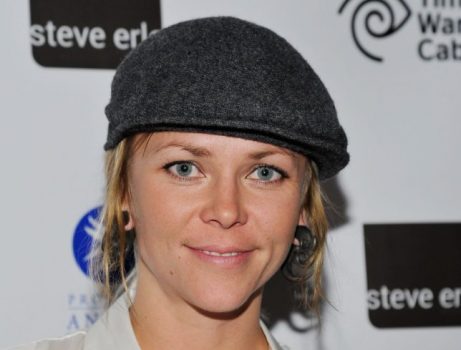 Jetcar racer, Jessi Combs has died in a crash while attempting to break a speed record. Her family released a statement on Tuesday confirming that the 36-year-old died in a crash in a dry lake bed located in Oregon’s Alvord Desert in the United States.

The statement said: “Jessi’s most notable dream was to become the fastest woman on Earth, a dream she had been chasing since 2012.

“Combs was one of the rare dreamers with the bravery to turn those possibilities into reality and she left this earth driving faster than any other woman in history.”

Comb’s close friend and teammate, Terry Madden paid tribute to her on Instagram and said he does not feel okay after losing the ‘most amazing spirit’ that he has ever or will ever know.

“Unfortunately, we lost her yesterday in a horrific accident, I was the first one there and trust me, we did everything humanly possible to save her!!” he added.

According to US magazine, Car And Driver, Combs is widely known in racing circles as the ‘fastest woman on four wheels’ having broken a record in 2013 with a run of 632 kmph.