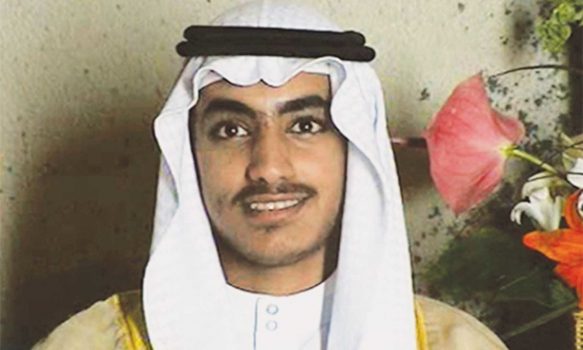 United States officials say Osama bin Laden’s son, Hamza who is seen as a potential successor as al Qaeda leader is believed to have died.

The US State Department had earlier this year offered a $1 million reward for anyone with information about Hamza’s whereabouts.

This is according to a US official who was speaking anonymously to Reuters and did not give any more details. When asked about the claims, President Donald Trump said he would not want to comment on the report.

Hamza who is married to the daughter of the 9/11 lead hijacker, Mohammed Atta is believed to be about 30 years old, with experts believing that he was at his father’s side in Afghanistan before the 9/11 attacks.

The couple had three children whose whereabouts, alongside that of their mother remain unknown.

The New York Times said it had spoken to two officials who had confirmed his death. The news medium also reported that the US had played a role in the operation leading to Hamza’s death.

Believed to be the 15th of bin Laden’s 56 children by 22 wives, Hamza spent his early childhood with his parents in Saudi Arabia, Sudan and Afghanistan and as a boy and teenager, featured in al Qaeda propaganda videos.

Letters recovered from the US special forces raid that killed his father in 2011 suggested bin Laden wanted his son to join him at his Pakistan hideout and was grooming him as leader.

The US government’s Rewards for Justice Program had earlier this year described Hamza as an emerging al Qaeda leader who has threatened attacks against the United States and its allies.

His last-known public statement was in 2018 when he threatened Saudi Arabia and called on the people of the Arabian peninsula to revolt against the government.