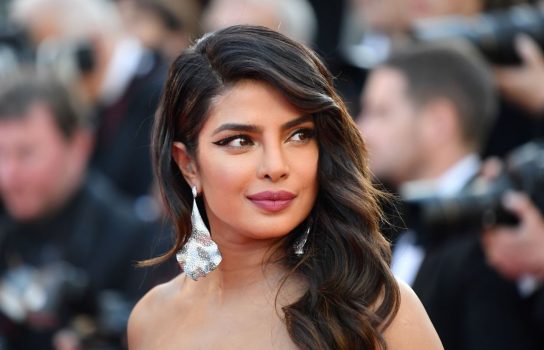 The Pakistani government has demanded that Indian actress, Priyanka Chopra be stripped of her UNICEF Goodwill Ambassador role over her alleged support for war and the Indian government.

In a letter addressed to UNICEF Executive Director, Henrietta Fore and posted online on Wednesday, Pakistan’s Human Rights Minister, Shireen Mazari asked for the 37-year-old former Miss World to be ‘immediately denotified’ from her role.

Chopra was accused of showing support for war by publicly endorsing the Indian government’s position on Kashmir, a disputed region which is claimed in full by both India and Pakistan.

Mazari said the Indian government’s position on Indian-controlled Kashmir went against the principles of peace and goodwill which Ms. Chopra was supposed to uphold in her role.

“Her jingoism and support for violations by the Modi government of international conventions undermines the credibility of the UN position to which she has been elevated,” Mazari said.

He added: “Unless she is removed immediately, the very idea of a UN Goodwill Ambassador for Peace becomes a mockery globally.”

Mazra’s criticism of Chopra stems from comments she made earlier this month and a tweet the actress posted in February.

On February 26 when India and Pakistan, both nuclear powers were on the brink of war following the Indian bombing of a Pakistani village, Chopra tweeted: “Jai Hind #IndianArmedForces,” which translates to ‘Hail India #IndianArmed Forces’.

Earlier this month, Indian Prime Minister, Narendra Modi’s Bharatiya Janata Party (BJP) announced it would strip autonomy from the state of Jammu and Kashmir as part of the Himalayan region.

India also imposed curfews and an almost complete communications blackout, a move which provoked a fierce reaction from Pakistan and demonstrations in support of Kashmir around the world.

On Thursday, a spokesman for the United Nations Secretary-General, Antonio Guterres said that goodwill ambassadors were only required to be impartial when they spoke on behalf of UNICEF.

In August, after Modi stripped Indian-controlled Kashmir of its special status, a Pakistani woman at a beauty conference in Los Angeles, Ayesha Malik confronted Chopra about her February tweet.

“It was kind of hard hearing you talk about humanity because as your neighbor, a Pakistani, I know you’re a bit of a hypocrite,” Malik was heard saying in a video of the confrontation which was posted on Twitter.

“You are a UNICEF ambassador for peace and you’re encouraging nuclear war against Pakistan. There’s no winner in this,” she added.

Chopra responded by tweeting: “Whenever you’re done venting … got it, done? Okay, cool. So, I have many, many friends from Pakistan and I am from India and war is not something that I am really fond of  but I am patriotic.

“So, I’m sorry if I hurt sentiments to people who do love me and have loved me, but I think that all of us have a sort of middle ground that we all have to walk, just like you probably do as well.”

Chopra, who invited Indian Prime Minister, Modi to her wedding to singer Nick Jonas has severally been criticized for being blindly patriotic and showing a lack of sympathy for suffering Kashmiris.