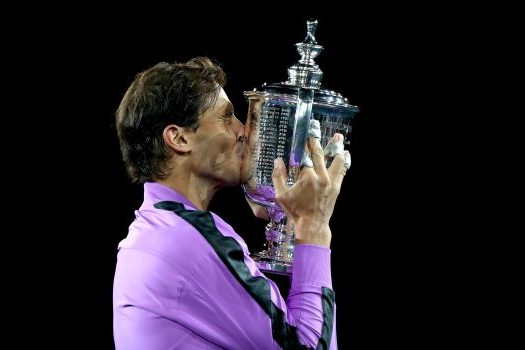 Rafael Nadal survived against debut grand slam finalist Daniil Medvedev of Russia 7-5, 6-3, 5-7, 4-6, 6-4 in a bruising, four-hour, 50-minute thriller in New York to capture his 19th Grand Slam trophy and fourth US Open crown on Sunday. He is now just one major win away from Roger Federer’s record of 20 Grand Slams.

The world No. 2 this time improved to 2-0 against Medvedev, adding to his August Montreal triumph over the Russian.

This has been a great year for Nadal. He previously won the French Open taking his French Open wins to twelve and earning him the title, “King of Clay”.