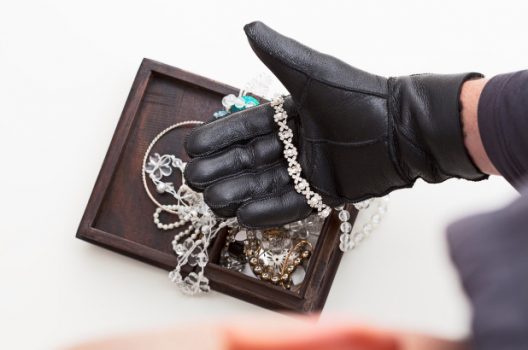 The Police in New York say an 82-year-old burglar, Samuel Sabatino has stolen jewelry worth about $400,000 after successfully slipping past doormen to carry out his heists.

The Police said Sabatino might have been expected to spend his days relaxing like a typical retiree in Florida where he lived but instead he decided to drive all the way to New York’s Upper East Side over the Labor Day weekend for a different kind of holiday.

A burglary suspect who has been on the run for nearly a decade, Sabatino had perfected his technique. He would slip past doormen by pretending to live there, often striking up conversations with residents or complimenting their dogs. If he raised any suspicion, he would pretend to be surprised and claim he had confused buildings.

The Police say this strategy coupled with his unassuming demeanour, simple clothes and large glasses had earned him $400,000 worth of jewelry and watches from recent heists while people were away on vacation.

Sabatino typically slipped into high-end residential buildings, going to the top floors carrying a black bag, looking for signs of vacationing residents like newspapers or packages left in the hallway. He would then fiddle with the doorknobs until he found an unlocked door.

However on Saturday, August 31 after a suspicious doorman at a Manhattan residential building asked Sabatino to leave, he was met on the pavement by plainclothes officers who had been trailing him, carrying an empty black bag.

Plainclothes officers had been on surveillance over high-rise buildings on the Upper East Side hoping that Sabatino, who earned the nicknames of ‘Fourth of July Burglar’ and ‘Holiday Bandit’ would turn up.

They finally caught up with him by tracking his vehicle which was registered to one James Clement from Florida to an Upper East Side apartment building in New York City.

Inside the apartment, Sabatino had passed the security desk at the upscale residential building located on Third Avenue and was just about to reach the lifts when a doorman stopped him.

On being questioned, he said he was there to see his cousin Suarez, a response which tipped off the doorman who knew there was nobody by that name who lived in the building.

The doorman then asked Sabatino to leave and he exited into the waiting arms of police officers. He was consequently arrested and charged with 11 counts of burglary, capping what prosecutors described as an extensive and high-tech investigation covering multiple states. If convicted, he faces up to 15 years in prison.

Although Sabatino’s lawyer, Ms. Renee Hill could not immediately be reached for comments, his daughter, Trina expressed shocked at the news of his arrest.

The police suspect Samuel Sabatino of involvement in at least 12 burglaries since around 2014 but his criminal record goes back decades.

In 2001 when he was in his early 60s, a criminal complaint said a resident of an Upper East Side building found him inside his apartment.

Sabatino pretended to be checking for gas leaks but the doorman called the Police. He was found to have 42 pieces of jewelry in his pockets as well as a list of apartments with times noted next to them.

Facing up to 15 years in prison for that case, Sabatino jumped bail and the Police soon lost track of him after he started using alternate identities.

During his arraignment, Ms. Rachel Polisner, an Assistant District Attorney said that for years, Sabatino went by James Clement, among other names.

Polisner said during summer holidays, he would drive from Florida to New York City and possibly to California, Arizona and Pennsylvania on burglary sprees.

Ms. Polisner requested that the judge set his bail at $1 million as he was considered as a flight risk.

Prosecutors said Sabatino is suspected in the burglaries of three New York apartments this year.

A couple living in an apartment on East 79th Street said that upon returning from vacation in May, they found that their jewelry worth $50,000 was missing.

The same month, another couple in the building returned from vacation and also found that about $50,000 in watches and jewelry was missing.

In July, a third couple, living on East 68th Street returned from vacation and reported several high-end watches with an estimated value of $39,000 missing.