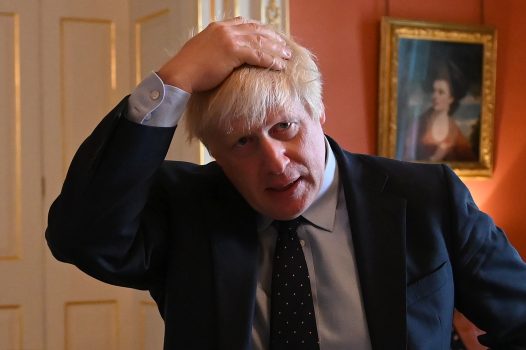 Johnson was humiliated on Tuesday, the first day of Parliament’s autumn term by losing his first Commons vote as Prime Minister when lawmakers passed a motion 328-301 which enabled their push for a law stopping a no-deal Brexit.

In turn, Johnson threatened to dissolve the House of Commons and hold a national election which he hoped might produce a less fractious crop of legislators.

The House of Commons is confronting Johnson over his insistence that the United Kingdom must leave the European Union (EU) on October 31 even without a withdrawal agreement to cushion the economic effects.

Supported by rebels in Johnson’s Conservative Party, opposition lawmakers are planning to  fast-track a law which would block a no-deal departure at the end of October.

This is coming amid warnings from lawmakers that pulling out of the European bloc without a divorce agreement would cause irreparable harm to the UK.

Johnson became Prime Minister in July after promising to lead Britain out of the EU, breaking the impasse which had paralyzed the country’s politics since voters decided in June 2016 to leave the bloc.

Johnson is however caught between the EU, which refuses to renegotiate the deal it struck with his predecessor, Theresa May and a majority of British lawmakers opposed to leaving without an agreement.

Most economists argue that a no-deal Brexit would cause severe economic disruption and plunge the UK into recession.

On Wednesday, Johnson insisted that talks with the EU on a revised deal were “making substantial progress but the bloc, through is spokeswoman, Mina Andrews insists the UK has not submitted any substantial new proposals.

“These negotiations are a sham. All he is doing is running down the clock,” Corbyn told lawmakers in the House of Commons.

The bill that Corbyn and others will try to push through Parliament in the next few days would require the government to ask the EU to delay Brexit until January 31, 2020 if it cannot secure a deal with the bloc by the end of October.

Johnson however condemned the bill, describing it as a ‘surrender bill’ which would tie his hands and wreck any chance of Britain concluding successful negotiations with the EU.

He said that if the bill passed this week, he would call a general election on October 15 but the Labour Party said it would oppose an election until legislation is in place to block a no-deal Brexit.

The party’s Brexit spokesman, Keir Starmer claimed that Johnson had violated the trust of the House of Commons with his decision to suspend Parliament for several weeks before the Brexit deadline, thus limiting the time that lawmakers can fight the government’s plans.

Johnson, who was a leader of the 2016 campaign to leave the EU has long said that his enthusiasm and energy for Brexit will allow him to succeed in leaving the EU where May had failed, leading to her resignation.