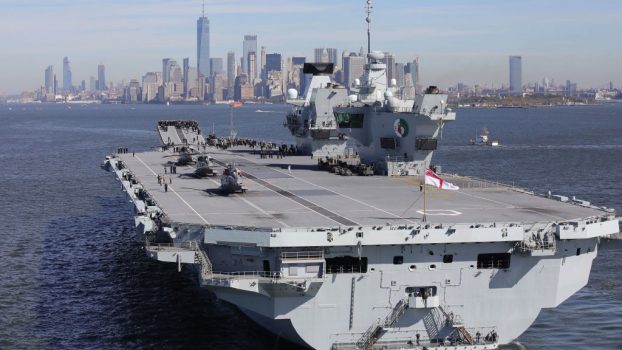 The Chinese government has warned Britain against sailing ships through disputed waters in the South China Sea, saying that such moves could force Beijing to respond militarily.

Reacting to a suggestion that the UK might send its aircraft carrier close to the contested Spratly Islands, China’s Ambassador to the UK, Liu Xiaoming said Britain ‘should not do this dirty job for somebody else’.

Speaking to the Defence Correspondents’ Association in London, Xiaoming rejected the argument that by doing so, the Royal Navy would be upholding international rules concerning freedom of navigation.

He said: “The South China Sea is a vast ocean. It is three million square kilometres wide. We have no objection to people sailing around there but do not enter Chinese territorial waters within twelve nautical miles.

“If you don’t do that, there shouldn’t be a problem. The South China Sea is wide enough to have free navigation of shipping.”

Speaking alongside the country’s Ambassador at the same event, the Defence Minister added: “If the US and UK join hands in a challenge or violated the sovereignty and territorial integrity of China, that would be hostile action.

“We remain committed to asserting rights of freedom of navigation at sea and in the air as provided for by international law.

The Spratly and Paracel Islands sit in strategic shipping lanes and are variously claimed by a number of nations in the region including China, Vietnam and the Philippines.

Washington had accused Beijing of illegally building military facilities and installations on some of the islands but China responded by describing  America as a provocative bully.

In February last year,  former US Defence Secretary, Gavin Williamson said that Britain must be ready to use power to deter adversaries and therefore, the aircraft carrier, HMS Queen Elizabeth would be sent to the South China Sea on her first operational deployment.

The UK government responded by saying it was opposed to militarization of the South China Sea, insisting that the aircraft carrier would still visit the South Pacific in 2021.