Opposition Plotting To Use Criminals To Discredit My Government – Obiano 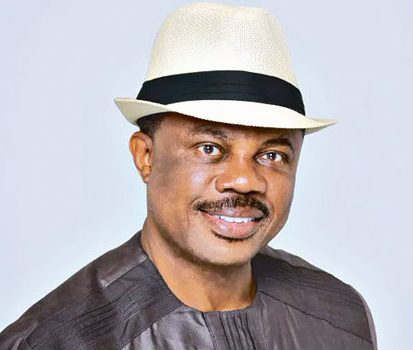 Anambra State governor, Willie Obiano on Sunday alleged that opposition parties in the state were plotting to introduce  criminality in the state ahead of the 2021 governorship poll.

Obiano said the aim was to rubbish his security arrangements which have been adjudged as some of the best in the country to discredit the All Progressives Grand Alliance (APGA) at the poll.

This is coming less than a week after Obiano accused the Peoples Democratic Party (PDP) in the state of plotting to destabilize his government. The PDP, through its Anambra State chairman, Ndubuisi Nwobu denied the allegation, describing it as laughable.

In a statement by the state’s Commissioner for Information and Public Enlightenment, Mr C-Don Adinuba  titled ‘Stop Politicizing Anambra’s Security’, Obiano maintained that the opposition was out to discredit him because of the 2021 gubernatorial poll in the state.

“It is embarrassing that as the people and government of Anambra State are preparing to launch on October 11, 2019, the second phase of Operation Mkpochapu (Operation Wipeout Crime) to be led by the Inspector General of Police, Mr. Adamu Mohammed, elements of the so-called opposition in the state have launched a counter campaign to scuttle it.

“So that Anambra will return to the days when it was almost overrun by kidnappers, armed robbers, contract murderers and other violent criminals.”