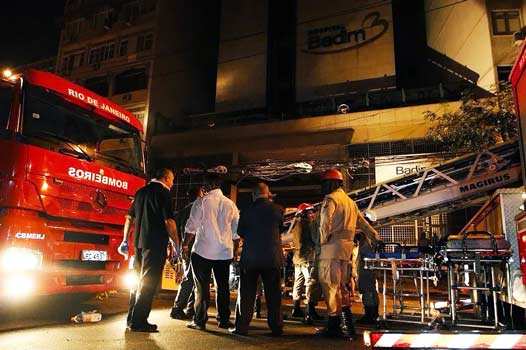 A night fire in a hospital in Rio de Janeiro, the Brazilian capital has killed at least nine people.

According to local media, patients from the private Badim Hospital in northern Rio de Janeiro were evacuated as thick smoke spread through the building on Thursday night.

Patients who had been in the intensive care unit and those on stretchers filled the nearby streets before being moved to an alternative location.

A witness, Fatima Chavier told reporters that it was a panicky scene as the patients waited for the arrival of fire crews.

“Lots of people wanted to jump (out of the hospital building). There was a lot of smoke, lots of people screaming,” Chavier said.

Firefighters arrived on the scene just before 18:00 local time and the blaze was brought under control after about two hours.

Although the hospital’s management said they believed it was caused by a short circuit in a generator, authorities say an investigation is underway to determine the actual cause of the inferno.