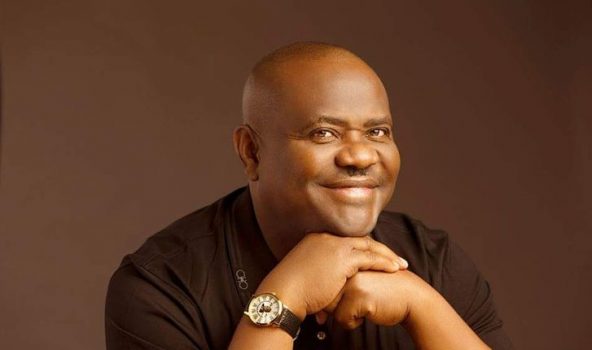 Rivers State governor, Nyesom Ezemuo Wike on Monday said the state government has concluded arrangements to bid for the Oil Mining Lease (OML) 11 in the interest of the state and its Ogoni host community.

Wike, who disclosed this during a State of the State broadcast at the Government House in Port Harcourt said his administration has acquired the 45 percent interest of Shell Petroleum Development Company (SPDC) in OML 11 located in Ejama Ebubu community, Eleme Local Government Area and other communities in Ogoniland.

The governor stated that the bid for the acquisition of OML 11 was based on court judgements ordering the auction of OML 11. He added that the judgments had already been recorded in the United Kingdom and Nigeria for enforcement.

While noting that the protracted court cases have hindered the development of host communities, the Governor said all required documents have been put in place to ensure a robust bid for control of OML 11.

He added that his administration has reached out to interested private organizations and investors to collaborate with them towards ensuring that the bid becomes a success.

The announcement is coming two years after the Belema Flow Station and Gas Plant was shut down due to a protracted dispute between SPDC and the host communities.

The Federal Government, through the Ministry of Petroleum and the Nigerian National Petroleum Corperation (NNPC) recently settled the dispute between SPDC, Belemaoil Producing Limited and the host communities and ordered  the reopening of the oil block within ten days.