US Democrats’ Presidential Front-Runners Face Off Over Healthcare 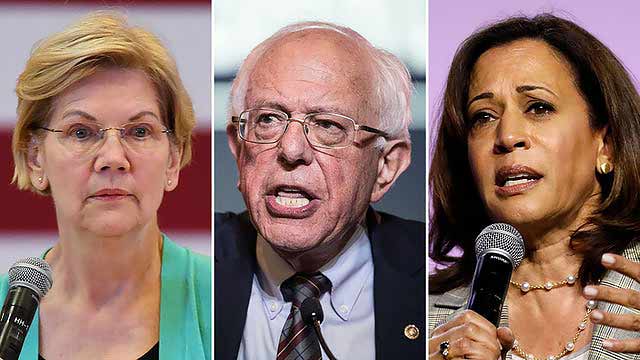 Front runners in the race to become the candidate of the Democratic Party for the United States presidential election clashed over healthcare at the party’s third debate on Thursday night.

The debate which was held in Houston, Texas was the first time Joe Biden, Elizabeth Warren and Bernie Sanders would face-off on stage. Only the 10 highest-polling Democrats were eligible to take part in the debate.

Biden,  who was Vice-president under Barack Obama is leading current polls by a considerable margin with Massachusetts Senator, Ms. Warren and Vermont Senator,  Sanders in second and third place respectively. The rest are polling in single figures.

The legacy of President Obama came up repeatedly during the debate. Although there were also questions on immigration, climate change and gun control, it was healthcare which sparked the fieriest clashes.

The issue of how to reform the American healthcare system has divided moderate and more progressive Democrats.

Sanders and Warren both backed Medicare for All, which would expand an existing federally run programme for the elderly to cover all Americans in a single-payer insurance system.

Biden criticized Sanders’ Medicare for All plan as being too expensive to work, arguing that the country should instead focus on improving Obama’s Affordable Care Act.

Warren defended the policy, saying families have to deal with exorbitant healthcare bills now and that only wealthier individuals and corporations would see increased costs from the plan.

Some of the lower polling candidates also attacked Sanders and  Warren, with Minnesota senator, Amy Klobuchar saying that he does not see Medicare for All as a bold idea but a bad one.

In their opening remarks most of the candidates attacked President Donald Trump. They all berating him for being a divisive leader and accused him of racism.

Unlike the two previous debates, Thursday’s event took place over one night as only 10 candidates fulfilled the stricter polling and donor requirements. Ten others remain in the race while four have dropped out.

Whoever eventually emerges as the candidate of the Democratic Party is likely to face President Trump, the Republican Party favourite in the November 2020 poll.

Trump had earlier said that he had no plans to watch the debate but would catch a re-run. He added that  Biden was most likely to win if he avoided any ‘major mistakes’.