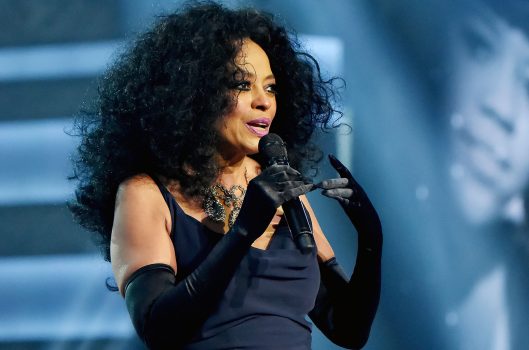 Diana Ross was on Thursday confirmed to perform in the legends slot at Glastonbury2020, making the soul icon the first artist to be penciled down for the festival’s 50th anniversary event.

Ross, who rose to fame as the lead member of The Supremes will take to the Pyramid Stage on Sunday, June 28, the final day of the five-day event scheduled to be held in Somerset, England.

Previous acts who have taken this prestigious slot include Paul Simon, Lionel Richie, Dolly Parton and Kylie Minogue, who performed this year to a record-breaking audience.

According to viewing figures by the British Broadcasting Corporation (BBC), an average of 3.2 million people tuned in to watch Minogue’s set.

Shortly after the announcement which was made on Twitter by Glastonbury Festival, Emily Eavis, whose father Michael set up the festival in 1970 said he was delighted that an all-time great would be performing at the event.

“I am delighted to say that one of the all-time greats, the wonderful Diana Ross is coming to Glastonbury to play the Sunday legend slot on the Pyramid next year,” Eavis tweeted.

Eavis further confirmed that 2.4 million people had registered online for the chance to buy the tickets for the show.

Ross, whose hit singles include Endless Love and Ain’t No Mountain High Enough also took to Twitter to express her joy at the announcement.

She wrote: “This is a dream come true. To all the fans across the world, this is my tribute to you. I’m coming to Glastonbury, with love.”

When Ross last performed live in the United Kingdom, it was at Petworth Park in 2008 where she famously reprimanded members of the audience for filming her on their cellphones.

In 2016, then President Barack Obama honoured the legendary singer with the Medal of Freedom, praising her grace and influence.

Tickets for next year’s Glastonbury went on sale last week at £265 each. They sold out in little more than half an hour.