North Korea Breaks Off Nuclear Talks With US In Sweden 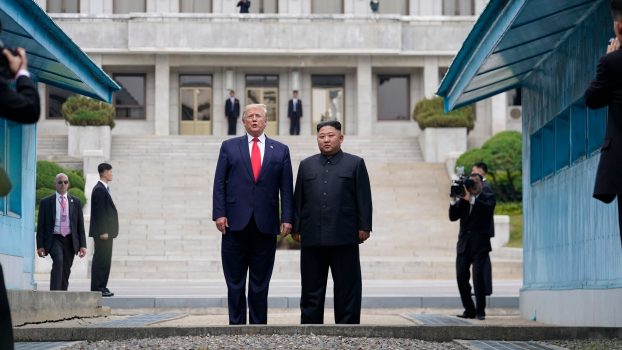 North Korea’s top negotiator, Mr. Kim Myong Gil on Saturday night said that the nuclear talks in Sweden between officials from Pyongyang and Washington had broken off, dashing expectations of an end to months of stalemate.

Gil, who spent much of the day in talks with an American delegation put the blame on what he described as the inflexibility of the United States negotiators as they would not give up their old viewpoint and attitude.

Gil told reporters outside the North Korean embassy: “The negotiations have not fulfilled our expectation and finally broke off,”

The US State Department however said Gil’s comments did not reflect the content or spirit of more than eight-and-a-half hours of talks.

“The US brought creative ideas and had good discussions with its DPRK counterparts,” spokesman, Morgan Ortagus said in a statement.

Ortagus said the US delegation had previewed a number of new initiatives which would pave the way for progress in the talks and underscored the importance of more intensive engagement to solve the many issues dividing both countries.

“The United States and the DPRK will not overcome a legacy of 70 years of war and hostility on the Korean Peninsula through the course of a single Saturday. These are weighty issues, and they require a strong commitment by both countries. The United States has that commitment.

“The US raised expectations by offering suggestions like a flexible approach, new method and creative solutions, but they have disappointed us greatly and dampened our enthusiasm for negotiation by bringing nothing to the negotiation table,” he added.

The Swedish foreign office says the US had agreed to attend a second meeting in two weeks time but declined to give any details on the invitation for new talks or whether Pyongyang had accepted.

The meeting, which was held at an isolated conference centre on the outskirts of Stockholm was the first formal working-level discussion since US President, Donald Trump and North Korean leader, Kim Jong Un met in June.