Buhari Is Not Planning To Run For A Third Term – Presidency 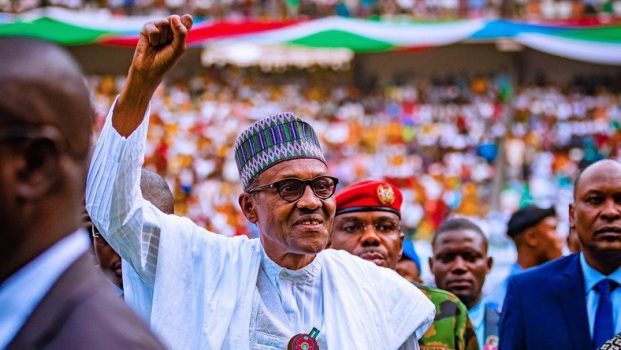 The Presidency on Tuesday denied reports that President Muhammadu Buhari is seeking to amend the constitution to make room for him to contest for a third term in office.

In a series of tweets, the spokesperson to the President, Garba Shenu said Buhari , being a true democrat would not support any move to alter the two-term limit of Nigeria’s President as enshrined in the country’s constitution.

“There are no circumstances, nor set of circumstances under which President Buhari may seek to amend the Constitution regarding the two-term term limit on holding office as President.

“President Buhari intends to serve his full second elected term in office, ending 2023 and then there shall be a general election in which he will not be a candidate. There is not even the faintest possibility that this will change.

“It is important to note that there was a past attempt to change the Constitution to allow for the-then incumbent president to stand for a third term. That attempt was wrong, unconstitutional and rightly rebuffed.

“No such attempt will happen under this President. President Buhari is a democrat. He respects the Constitution.

“Any activity aimed at altering the two-term limit will not succeed and shall never have his time nor support,” Shehu tweeted.

WAEC Examinations To Begin On August 4 In Nigeria– Education Minister